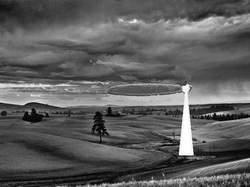 Recreation of event
BRIDGEWATER
1905
A cigar shaped craft was spotted at a low altitude over this town. The craft was using searchlights which swept back and forth across the country side.
After a few moments the craft rose in a steep climb and the searchlights blinked out. (Source Donald Keyhoe book Flying Saucers are Real)

October 31 -1908
At four o'clock in the morning of October 31, two men had seen a spectacle in the sky. The men were not astronomers. They were undertakers. The undertakers saw, in the sky, something like a searchlight. It played down upon this earth, as if directed by an investigator, and then it flashed upward.(Source Taunton Daily Gazette 10/31/1908) 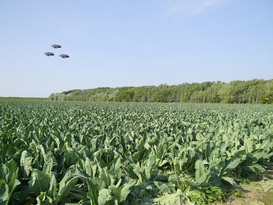 Recreation of event
Anibal,  Summer of 1941
I was 15 years old and working on a farm. While weeding the lettuce field,  I raised my head up to wipe the sweat from my forehead. That is when I noticed a flash in the sky that caught my attention. The flash was caused by the sunlight reflecting off a metal object.  I looked at the spot where the flash of light appeared and I saw three objects. Each object was cigar shaped and made of highly polished looking metal. The three cigar objects were moving quickly across the sky but in an odd manner. Each object pass in front of the other and then drop down a little and then the next object would come from the position behind and move in front and below the next object.  It looked like a leap frog motion which continued until the objects moved out of sight towards the horizon. They were gone in about 30 seconds. No noise was heard during the entire sighting and no exhaust smoke or contrails were seen.(Source Submitted Story to this wesite) 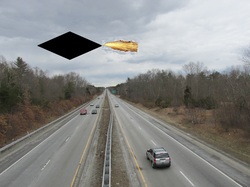 RECREATION OF SIGHTING
March 29, 1979 Intersection of Rt24 & Rt106
Two men were on their way to the Raynham-Taunton Racetrack. Stuck in traffic exiting the ramp from Rt 24 to Rt 106, the men were shocked to see a "baseball diamond shaped" UFO right over their heads. One of the men claimed it was so close, he could have likely thrown a rock at it.This man was newsman Jerry Lopes, who was working at the time for a Boston radio Station. His friend was also a newsman at the station. Jerry stated "I probably could have thrown a rock at it, it was that low. As we pulled off the road, the thing was right over my head. And I saw some sparks fly off the back of it. And then "voom"...it was gone. " The size of the object was stated to be about two or three car lengths long and two to three car lengths wide.
People in the area reported sighting low flying UFOs for weeks prior to this encounter by the two radio newsmen.(Source NUFORC.org)

Link to interview by RJ Heim NBC Ch 10 (Thanks to Bridgewater Triangle Facebook page for the suggestion) :
http://www.thebridgewatertriangle.com/2012/03/nbc1os-rj-heim-interviews-bridgewater.html 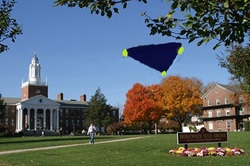 RECREATION OF SIGHTING
3/20/2013
I saw a large triangle shaped craft with greenish lights on bottom at around 2pm in the afternoon. This craft moved back and forth and side to side at very high rates of speed for approx. 2-3 minutes over Bridgewater State University. It was above the tree line by the football field  which on the side on Plymouth Rd (Rt 104). After moving side to side it then took off at extreme rate of speed and disappeared.(Source NUFORC.org)

9/11/2013
At 5:00AM I saw a small light going across the sky. All of a sudden it shined a spotlight. It was so bright I thought it was a helicopter but it was way too far up to be one. It then turned small again and disappeared. This was in East Bridgewater.(Source Submitted Story to this website) 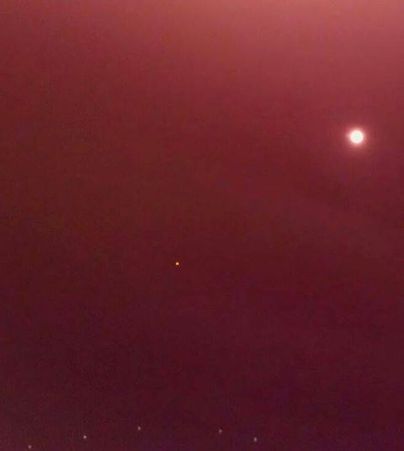 Actual red orb photo taken by Kimberley Brakken from Bridgewater Triangle Facebook Page
9/14/2013
At approx 8pm I saw 5 large red orbs in the sky in a circle/square formation. They traveled south. Approx every 30 seconds another red single orb would appear. There was a formation of 2 on top of each other. Then it stopped after about 10 minutes. When looking at them they would be over the south end of South St or North Middleboro.(Source Submitted Story to this website)
11/20/2013
NOTE: THIS STORY HAS HIGHLIGHTED ON THE BRIDGEWATER TRIANGLE FACEBOOK PAGE
This video of 6 bright orange UFO lights was filmed in Bridgewater, Massachusetts on November 20, 2013 at approximately 6:45 PM. These 6 lights ascended upwards from the tree tops in a perfect line one-by-one and then congregated into a circle formation in the sky on two different occasions. This was shot over Route 18 (Bedford St.) in the town center of Bridgewater, MA, directly adjacent to the Bridgewater State University campus.

I am also aware that NASA launched it's Minotaur rockets from it's Wallop's Island, Virginia launch site, but numerous other videos and pictures of this event show it as one long arching light trail over the sky and was in fact not launched until approximately 2 hours after this video was recorded.

As for the Chinese lantern theory, I have never seen multiple lanterns rise into the sky that quickly and move that erratically across the sky in all directions. Also, whens the last time you saw anyone launch Chinese lanterns into the sky? probably never or maybe on a very rare occasion, but regardless, I highly doubt these were Chinese lanterns and numerous other witnesses across New England and NUFROC say the same thing, but that's just my opinion, who knows maybe they could be lanterns, but I can't confirm 100% what they were, hence why i said "UFO Sighting".

If anyone has an info or questions on what this might be please contact me at Falcon5335@comcast.net.
LINK TO VIDEO
http://www.youtube.com/watch?v=3Lqq9Dcc5c4