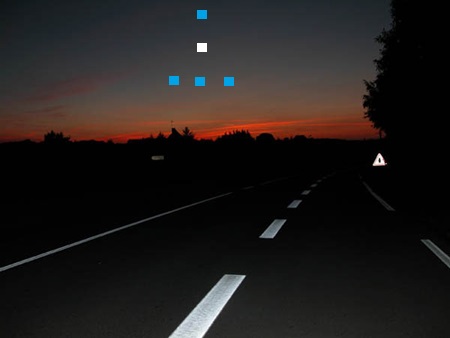 While driving tonight on route 2 West in Acton, MA, my mother and I witnessed about 4 blue lights and a white light, which later turned red (the white light only), all formed together in a triangle shape or similar. The object (lights) first were stationary then began to move in every direction, up down, figure eight shapes. They came close to the ground and moved in very un-natural ways, and with no resistance in the turns, and also at impossible speeds for conventional aircraft. We saw it for only about 10 seconds which seemed a long time, as for I was driving. Cars seemed to slow down, and I don’t think we were the only ones witnessing this, it was very obvious in the sky, and abnormal to say the least. (Source http://thecid.com )